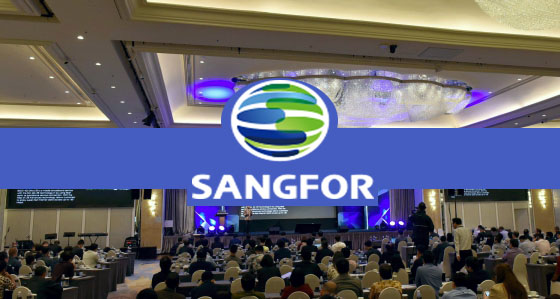 Development of NGAF with Insights of Security Market

The precise grasp of security trends and deep insight into user needs ensure the continuous growth of Sangfor NGAF at a high rate, ranking the second in the market.

In 2011, Sangfor has discovered that traditional security devices have been difficult to cope with the new threat situation. Based on the actual needs of local users, Sangfor was the first to introduce next-generation firewalls in China. Converged security provides users with more comprehensive and effective business security protection, leading the transformation and development of next-generation firewall technology in the country.

Converging WAF, IPS, anti-virus and other security functions, the next-generation firewalls have gradually gained recognition from users due to its efficiency, visualization, and easy management.

Evolution to Intelligence and Synergy with Continuous Innovation

▪ Limited protection based on rule defense: only known threats added by the rule base can be prevented. When the rules are not added in time or new threats are not present, all defenses are made useless.

Based on insights into the growing threat landscape of new threats, Sangfor believes that next-generation firewalls must enter a smarter and more synergistic generation:

Facing the emerging new types of attack threats, Sangfor NGAF is implemented with multiple security engines combined with artificial intelligence, and implement the continuous evolution of security capabilities based on intelligent behavior analysis and deep learning:

▪ Engine Zero: Using algorithms to automatically extract virus behavior characteristics, Engine Zero relies on the generalization ability of machine learning. Based on known variant characteristics, it can infer new variants and accurately detect threats such as unknown virus/variant ransomware through artificial intelligence deep analysis. In practical applications, the detection rate of mainstream ransom virus variants is as high as 97.2%, and the detection rate of some ransom virus families such as Bad Rabbit is 100%.

▪ The Botnet Detection Engine: It can accurately identify the missing host and comprehensively prevent the threat from the host through detection of C&C connection control, such as through DGA detection, DNS hidden tunnel detection, hard-coded domain name detection, threat intelligence and reputation service, as well as host behavior detection such as mining, extortion, DDoS, etc.

2.  Collaboration of Network and Cloud Intelligence to achieve a safe and effective closed loop

Sangfor next-generation security protection system is built on the collaboration of cloud, border, terminal and comprehensive risk management capabilities through innovative architecture. Users can use the next-generation firewall as the main appliance, and continuously enhance the security capabilities of the firewall through the cloud. The deep detection capability of the next-generation firewall collaborating with the threat response capability of the terminal, can minimize the risk, effectively resist threats such as ransomware and malicious viruses, and reduce the risk of threat spreading in the network.

At present, Sangfor NGAF has more than 40,000+ users, and has been widely recognized by users in various industries including government, medical, education, finance, and enterprises, etc. Being “future-oriented and with effective protection”, Sangfor NGAF will continue to insist on the value proposition of “integrating security simply and effectively” and increase security capabilities to defend against security threats for users.

For inquiries on Sangfor’s products and services, email us at info@agdinfotech.com