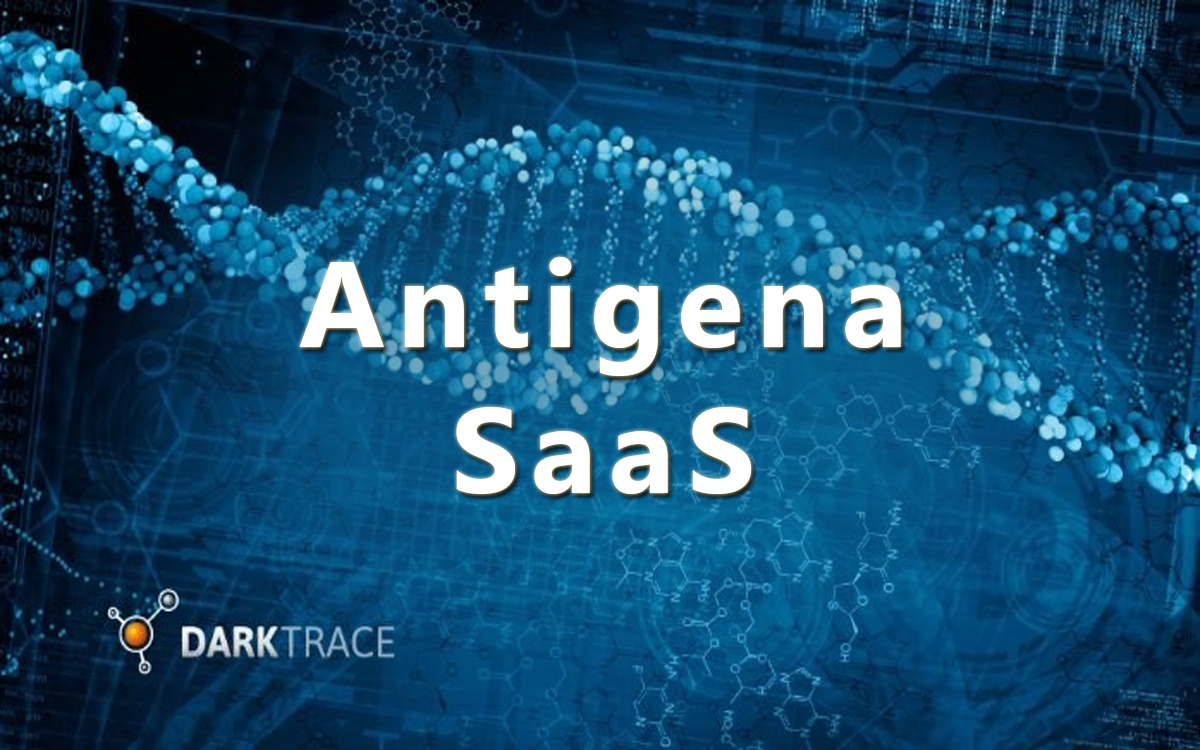 Understands the human behind corporate cloud accountsResponds in seconds

Protecting the workforce with self-learning AI

From Microsoft Teams to SharePoint, Antigena SaaS responds with surgical precision when trusted cloud accounts are being used carelessly or for more malicious purposes.

Powered by self-learning AI, Autonomous Response takes dynamic action in seconds — not minutes — and well before SaaS attacks have time to escalate.

Protecting your workforce with DarktraceV5Learn about the latest innovations in Darktrace Version 5.

Antigena SaaS understands the multidimensional human behind corporate cloud accounts, adapting autonomously as the people and patterns in an organization evolve. Self-learning protection of this kind enables Antigena to adapt to the inherent flux of digital business, while neutralizing unpredictable attacks that evade static and siloed defenses — from accidental data leaks to savvy or disgruntled insiders.Reacts surgically, in seconds

Unlike policy-based defenses, Antigena operates as an AI decision-making framework that takes action in light of a dynamic understanding of user behavior across hybrid and multi-cloud environments. This enables swift and targeted action that stops SaaS attacks while allowing the business to operate.

“Conventional cloud security tools simply can’t keep up as threats evolve in sophistication and stealth. Darktrace AI adapts while on the job, illuminating our network and cloud infrastructure in real-time. Darktrace is the single most valuable security tool my team uses today.”

“My Darktrace SaaS Connector for Office 365 notified me of a compromised Microsoft account today. Because of this alert, I was able to lock the bad guys out and reset the user’s password within 7 minutes of the first improper access.”

“I was notified within minutes that an employee’s Microsoft 365 account was breached, and I was able to remediate the attack immediately. Even better, once the attacker was locked out of the account I received numerous notifications about brute force attacks onto that same account.”

Director of IT, US Consulting Firm

The Darktrace SaaS Console is a dedicated user interface designed to highlight malicious or risky behavior occurring across your diverse cloud footprint.

This allows security teams to visualize and monitor security incidents and Antigena SaaS actions in one centralized location.

Antigena SaaS operates as a fundamental technology in a wider Autonomous Response framework and self-learning platform. This means that organizations can seamlessly extend the scope of the technology to enable autonomous detection, investigation, and response across additional data sources and types of behavior at scale.

What is Browser Security Plus?

Stay On Top of Remote Incident Response During the Pandemic